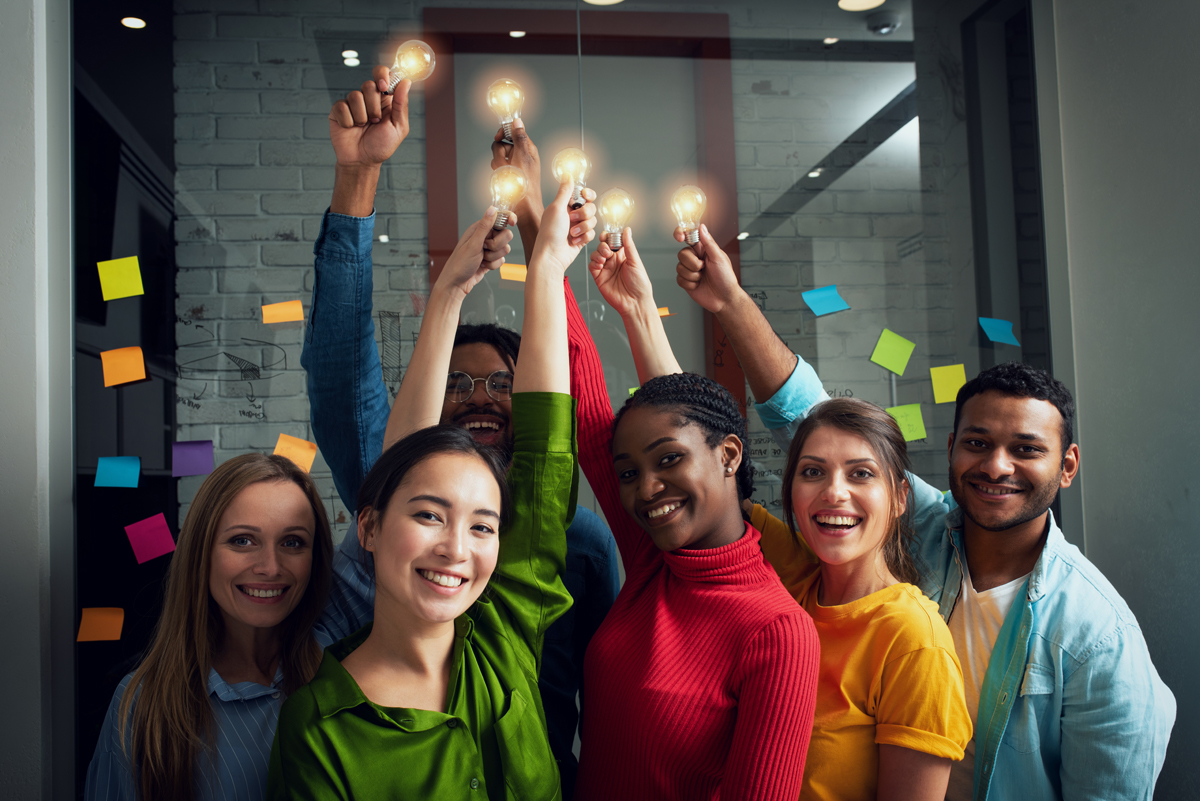 Modern technology makes it fast and easy to share a photo, a text, or an on-line article. UltimatePerson.com provides the opportunity to engage in Ultimate Sharing.

What is Ultimate Sharing?

Ultimate sharing is sharing the solution to all the world’s problems, including the most serious problems such as war, violence, poverty, racism, and sexism. It is the same solution to individual people problems.

What is the Solution?

The solution to all the world’s problems is simply to have everyone learn one new skill. The new skill is a problem solving skill officially called maximum problem solving skill over time. Once everyone begins to learn this new skill, all the world’s problems will begin to be solved. The details of how this solution will work is explained in this post entitled The Simple Solution To All The World’s Problems.

What is Maximum Problem Solving Skill Over Time?

How Do I Know This Solution is the Correct Solution?

The simple solution of teaching everyone the skill of maximum problem solving skill over time is the correct solution because it is validated scientifically. The science of this solution is also taught at UltimatePerson.com in The Ultimate World Course and textbook.

To share and be part of the simple solution to all the world’s problems, all you have to do is share this post. This post explains what Ultimate Sharing is and directs people to the free Ultimate Person Course and textbook, where they can learn the ultimate skill of maximum problem solving skill over time.

Help Other People By Sharing

Are you a person who likes to help others? Of course you are. By sharing education on the ultimate skill of maximum problem solving over time you will be helping others in the most effective, least expensive way (it’s free). 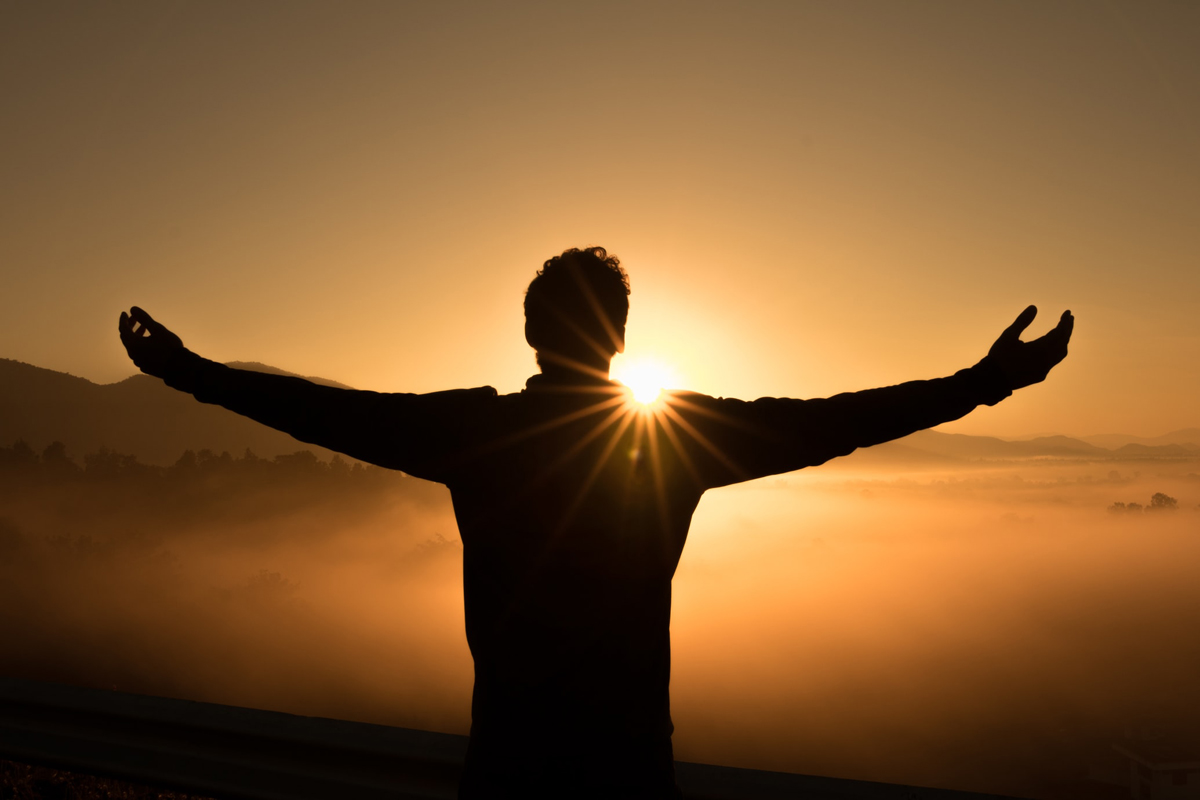 Flow Theory describes a mental state during performance of an action in which a person performing the action is fully immersed in a feeling of energized focus, full involvement and enjoyment in the activity.

There are three primary conditions of the flow experience:

1) clear goals – this provides the necessary structure and direction to the activity;

3) a balance between challenge and skill – this balance provides a feeling of confidence and control over one’s ability to succeed.

The challenge/skill balance or CS balance is the golden rule of flow.  The chart below illustrates the CS balance.  It is a chart of the challenge level of a certain action versus the skill level available to meet the challenge.

Notice that an activity that has high challenge and low skill leads to a state of anxiety or being stressed out because the action cannot be performed.  Anxiety has a negative effect on performance because it can cause frustration with an activity that will eventually cause a person to give up and quit the activity.

An activity with low challenge and high skill leads to a state of boredom because the activity is too easily performed.  Boredom has a negative effect on performance because it can cause a person to lose interest and eventually quit the activity.

In both states – anxiety and boredom – the key performance problem is lost attention and focus on the activity.

By contrast, the CS balance or “flow channel” has a positive effect on performance because a person is succeeding at an activity and increasing skill over time, so that higher levels of performance can be achieved over time.  In a Flow state, attention and focus on the activity are maximized.

Maximize Your Happiness Over Time

Learn how to live the Ultimate Life, according to science, at UltimatePerson.com. The best place to start is to take the free online course entitled Ultimate Person Course. Or you can just download the free e-textbook entitled The Ultimate Person and read all about it. 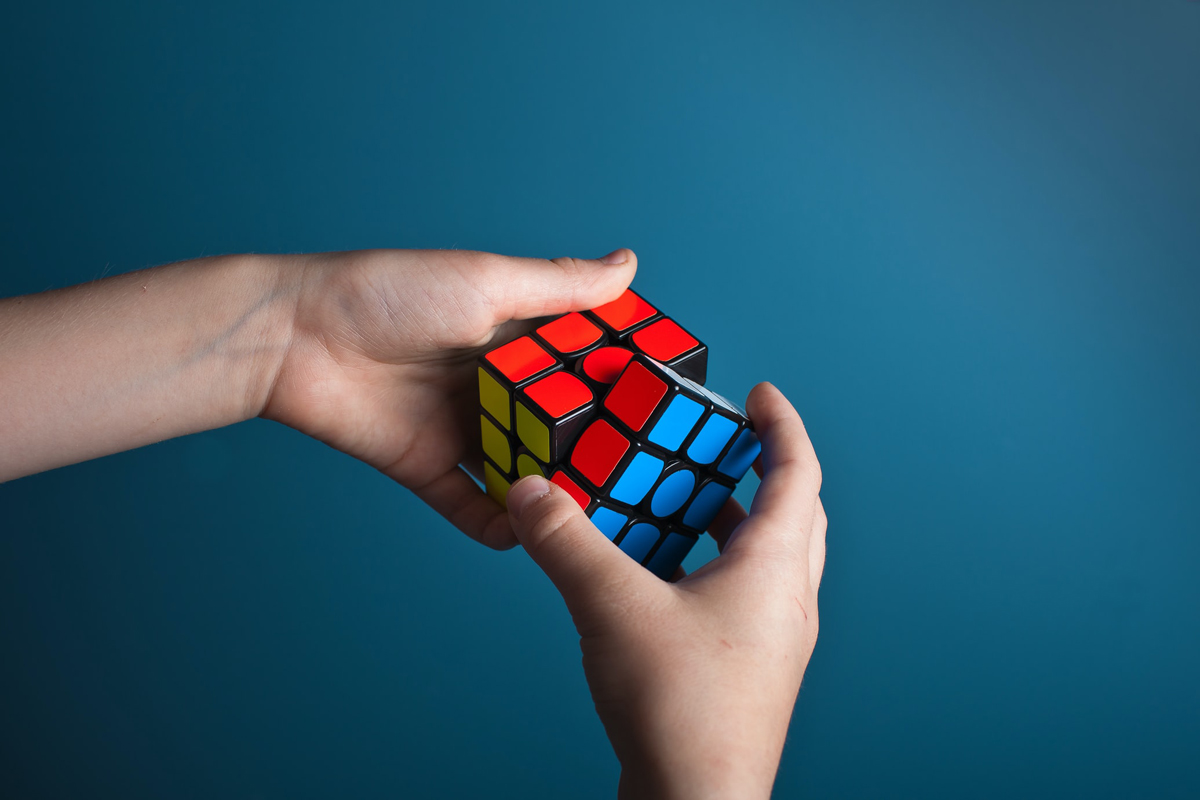 Here is how it will work

Many of the social problems in the world such as war, violence, racism and sexism are conflict related, and these conflict related problems would automatically be solved because the underlying conflict would be eliminated.  Human survival of the universe is a common goal of all humans all around the world and we need to unite around this common goal.

MPSSOT also helps individuals in solving other personal issues such as health and financial issues by identifying specific problems and solutions (action lists), and maximizing performance on the actions.  In the process, individuals maximize their success and happiness, and live the ultimate life.

So all the world’s problems, including the most serious ones, can be solved by simply teaching everyone the skill of MPSSOT.

The solution is now available free of charge to the world

UltimatePerson.com implements the simple solution to all the world’s problems, free of charge to the world, by means of the free online course entitled Ultimate Person Course. This course is centered on teaching the skill of MPSSOT. Other free services such as The Ultimate Person Textbook and Ultimate Person Forum will help to enhance learning.

This is great news for people who like to help others. Isn’t this you?

Problem solving skills are the ultimate skills because they lead directly to solutions to actual problems in the world. This includes the most serious problems in the world such as war, violence, poverty, racism, and sexism. Above all, problem solving skills are critical for solving the most serious problem of all . . . human survival of the universe.

MPSSOT includes the skill of clearly identifying problems and solutions. All problems are identified in detail, and the solutions are defined in terms of the specific, doable, actions necessary to solve the problem.

2) Maximum performance of the solutions

MPSSOT includes a process for maximizing performance (i.e. success) on the doable actions (i.e. the solution).

MPSSOT includes a built-in feedback mechanism so that feedback can be used to correct mistakes, adapt to change, improve performance, and improve problem solving skill, over time. MPSSOT is not a one-shot deal. It is an on-going experience in ultimate living.

Although MPSSOT was developed as a way to solve problems of maximum complexity, it can be used to solve any problem. At its most simplified level, MPSSOT is just a super-innovative, high performance system of to-do lists, such as a grocery list. Everyone knows how to do a grocery list, right? This means anyone can learn and understand MPSSOT.

It also means that anyone can use MPSSOT to solve any problem.

Don’t forget to share your knowledge, awesome achievements, solutions to world problems, and desire to help others.  Check out Ultimate Sharing.

Everyone wants to look good online, whether it’s your Facebook, Twitter, or LinkedIn profile.  At UltimatePerson.com, you can look your ultimate best.  That’s because an UltimatePerson.com Forum Profile contains the following exclusive information:

Your posts on ultimate topics

* what is an Ultimate Person?

* how to be an Ultimate Person

* why everyone needs to be an Ultimate Person

* the person of the future

* the world of the future

* the future of the internet

Don’t forget to share your advanced knowledge, awesome achievements, solutions to world problems, and desire to help others.  Check out Ultimate Sharing. 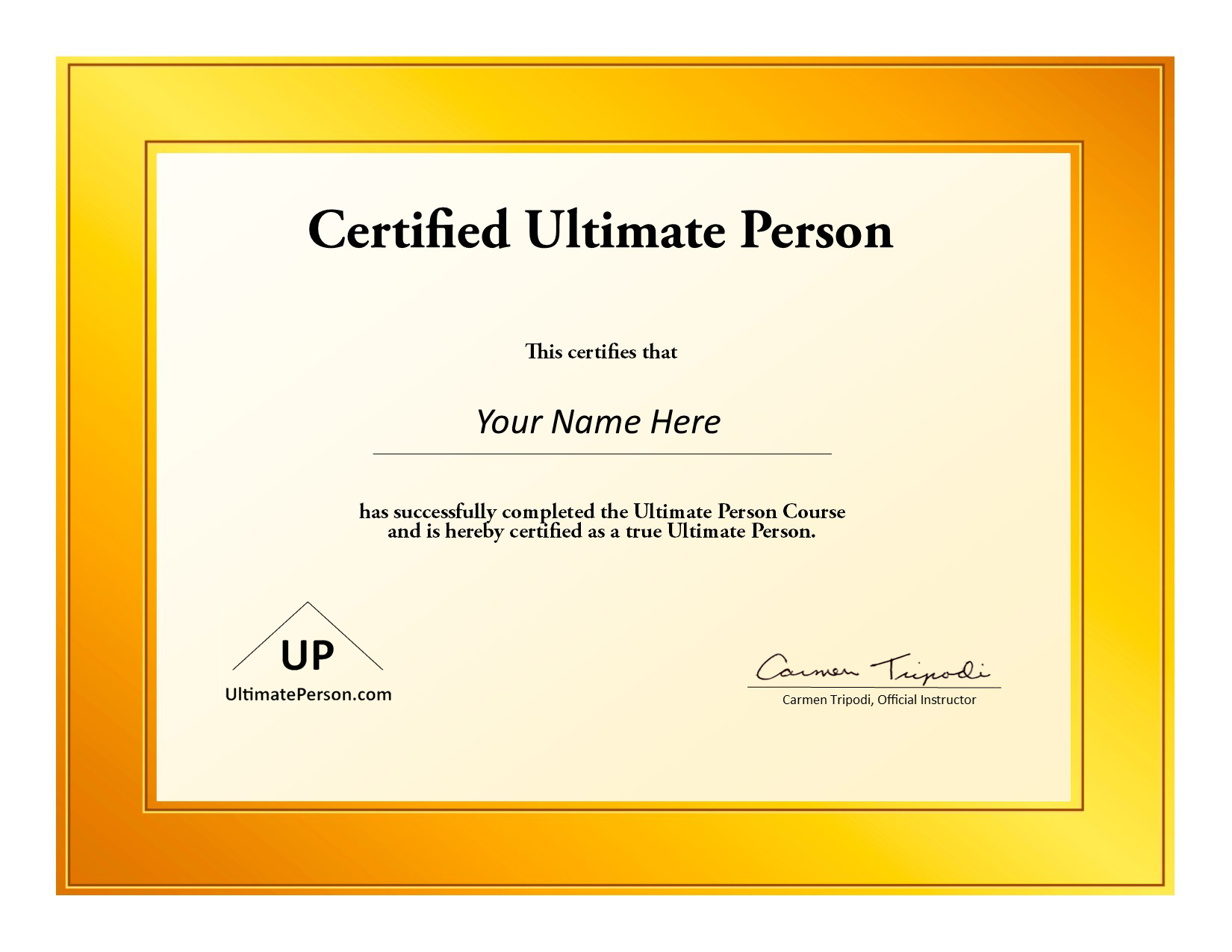 Well, now you can truly be a greatest person of all time, based on science, by simply passing the free Ultimate Person Course at UltimatePerson.com.  Above is a sample of what your certificate will look like.

In The Ultimate Person Course, you will learn:

Don’t forget to share your knowledge, awesome achievements, solutions to world problems, and desire to help others.  Check out Ultimate Sharing.